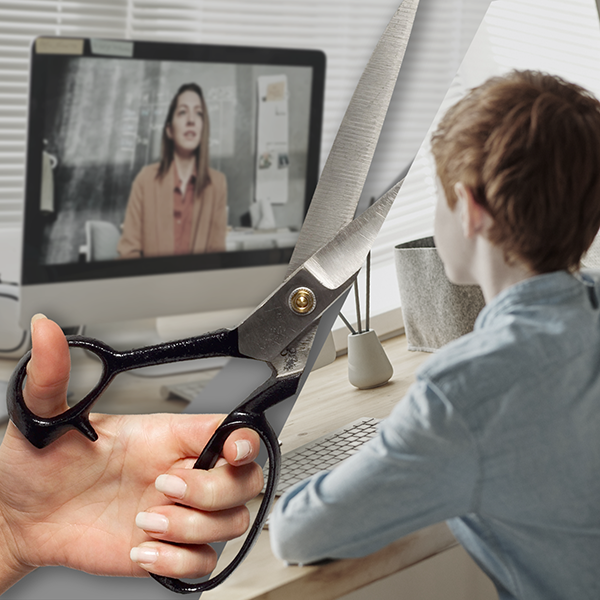 It wasn’t a surprise, but that doesn’t mean it wasn’t an outrage.

In a brazen move to placate her political base, the budget also included a staggering cut for Michigan public schools, public school teachers, and online learners.

She slashed 20 percent for students attending online public schools during a pandemic, while many public schools still refuse to open their doors for in-person learning.

Whitmer’s attack on public school teachers and students who attend public school online is a broadside assault on public education and on families in the middle of a global pandemic.

We hope you’ll fight alongside us.

MLive: 9 things you might have missed in Gov. Whitmer’s budget proposal

The move met with criticism from the Great Lakes Education Project, which said amid the pandemic students are relying on online schools.

“That Whitmer would slash the budgets that pay Michigan teachers’ salaries, provide computers for kids, and online classrooms that so many students rely on daily is both astounding and reprehensible,” said Executive Director Beth DeShone.

Governor Whitmer unilaterally forced students to attend classes online last spring. This fall she ignored the CDC, ignored pediatricians, ignored the science and still kept kids out of school buildings across the state. Many of those schools still haven’t re-opened. Michigan students rely on online public schools now more than ever.

That Whitmer would slash the budgets that pay Michigan teachers’ salaries, provide computers for kids, and online classrooms that so many students rely on daily is both astounding and reprehensible.

Michigan kids and their families deserve the Governor’s support, not a budget cut. The public school teachers Whitmer attacked last week deserve that support, too. 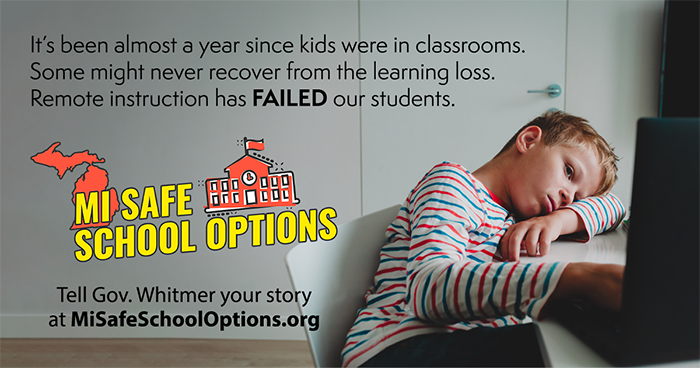 Ask them to reject Governor Whitmer’s devastating 20 percent funding cut for online learners – in the middle of a global pandemic.

Don’t know who represents you in the House and the Senate? Finding them (and their phone numbers) is as easy as clicking here: