New Studies, Chilling Findings, and a Call to Action 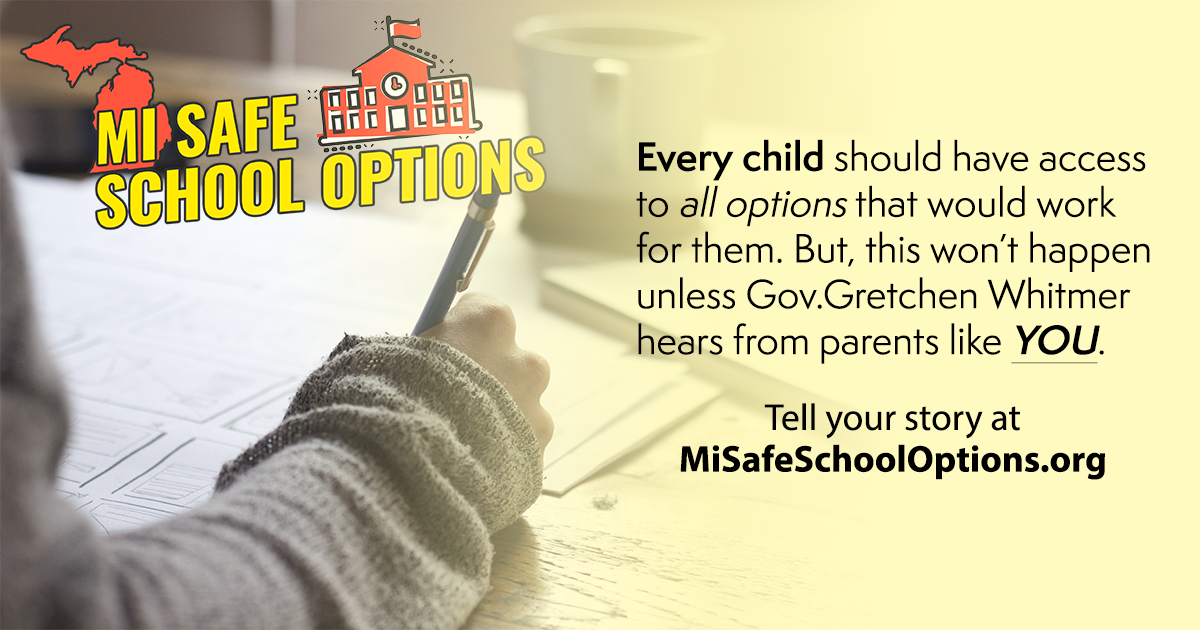 We’re starting to better understand the devastating impact unscientific statewide school closures have had on Michigan students. The more we learn, the more we understand how disastrous locked classrooms are for student achievement.

Researchers at Stanford University examined the damage done to students by school lock-out policies and published the results just days ago. They described their own findings as “chilling.”

Research indicates it will likely take students years to make up the learning deficits strapped to their backs by reactionary leaders at the state Capitol who prioritized public opinion polls over science, data, and the guidance of scientists and physicians.

Experts tell us students are facing much more, though, than just lost learning.

That’s why GLEP has endorsed pro-student champions in state House races across the state.

The battle for control of the House is particularly critical, since the Supreme Court reprimanded the Governor and declared her unilateral handling of the pandemic illegal and unconstitutional.

The men and women voters select in a few short days to serve in the state House will provide parents the greatest, most important check on anti-student policy – or they won’t.

Which begs the question… have you voted yet?

If not, let me encourage you.

Make a plan, then vote. Call your friends and family members and encourage them to hit the polls, too. Bring them with you.

What we do the next 8 days could make all the difference in how our children learn – or don’t – for years to come.

“Friday, candidates for the 61st District in the Michigan House of Representatives met with WKZO for a debate.”
*Note: Election Day is just 8 days away, and the state House is on the line. GLEP is proud to stand with Bronwyn Haltom and pro-student candidates across the state!
Michigan’s Big Show: Beth DeShone talks School Reform, School Choice statewide with Michael Patrick Shiels
“Kids across the state and across the country have interim assessments throughout the year that are very quick checks. They help the student, the parent and the teacher understand where they may need to put more of their focus on an individual basis.”

According to the Centers for Disease Control, students across the state – including those in the more than 100 districts statewide that refused even in September to re-open safely – face social, emotional and behavioral health challenges, economic instability, lower academic achievement, and more.

The CDC says those harms are being felt particularly in low-income and minority communities, where Governor Gretchen Whitmer and her allies most fervently oppose school options for parents.

We’re working night and day to support the candidates who support Michigan kids. We hope you will, too. 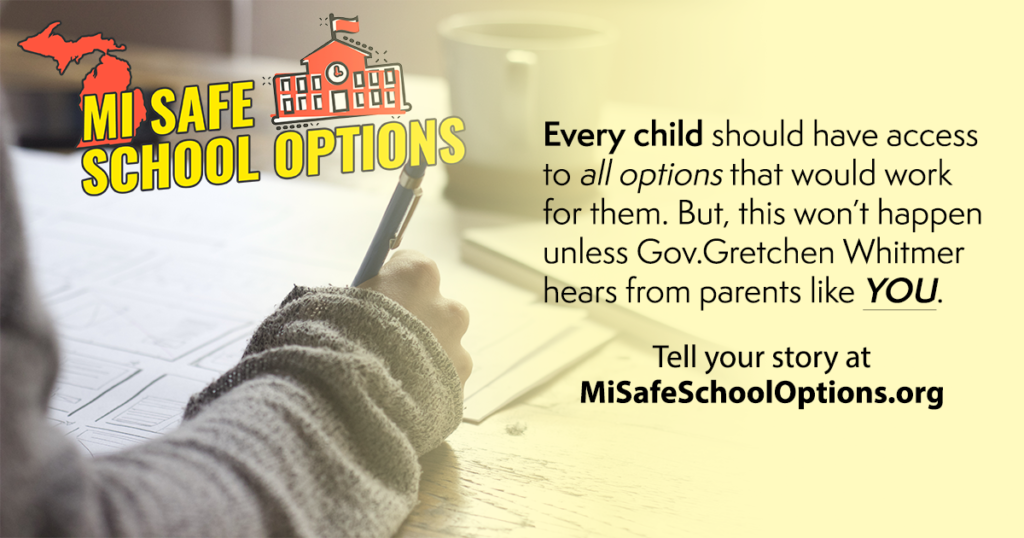 Parents pour themselves into their children every day – heart and soul. They’re sacrificing time, money, personal lives, space in their homes and more to pick up the slack left behind by closed schools and unfeeling public school bureaucracies.

Those parents deserve a voice in Lansing, too. They deserve to be heard at the highest levels of state government.

That’s why we launched MISafeSchoolOptions.org! We hope you’ll click through right now and send Governor Whitmer a letter, asking her to put students first, and do more to safely open Michigan’s schools.