“Freeze” Kids in Schools? No. 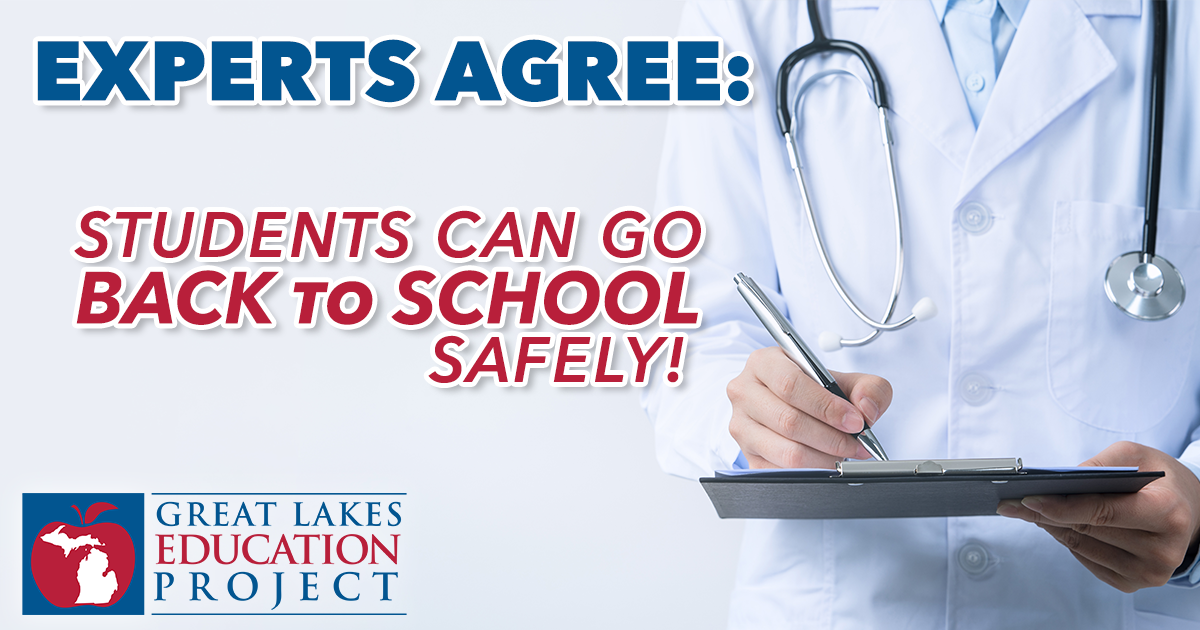 Superintendent Michael Rice last week told members of the Senate Education and Career Readiness Committee that lawmakers should “freeze” students in schools, even those that refuse to open or to meet their unique educational needs this fall, in order to “mitigate” enrollment drops in schools that local leaders choose to keep locked.

Rice is attempting to hold your kids hostage in school districts, and to keep them from reaching for educational lifelines offered by other schools and other districts more focused – or focused at all – on student needs.

GLEP is fighting back, challenging Rice’s disastrous position, and we’re pressing the Governor and key House and Senate leaders to publicly reject his plan.

The state does not have the right to “freeze” your children in a school district, or to lock them out of an education this fall. Together, we’re delivering that message loud-and-clear.

Beth DeShone
Executive Director, Great Lakes Education Project
P.S. Will you consider joining us in this critical fight with a contribution of $10, $20, or $50? Your support matters, and we can’t do this important work without you!

Midland Daily: DeShone: Doctors, Scientists, Research & Data: Get Kids Back in the Classroom
“Classrooms should be open this fall for kids whose parents are comfortable sending them back to school. There’s nothing political about it. It’s the conclusion of researchers and doctors, pediatricians and the Centers for Disease Control, the unmistakable direction offered by the science and the data.”

Bridge Magazine: Battle in Michigan Schools over Need for Standardized Tests this Year
“We believe that parents, students and teachers deserve to know what, if any, learning loss happened while schools were shuttered this spring,” DeShone told Bridge…”

“Under the plan, schools would be required to offer in-person learning to students in grades K-5 — with plastic or plexiglass partitions to separate their desks. Schools would also have the option to build virtual learning days into their regular schedules after the pandemic.” 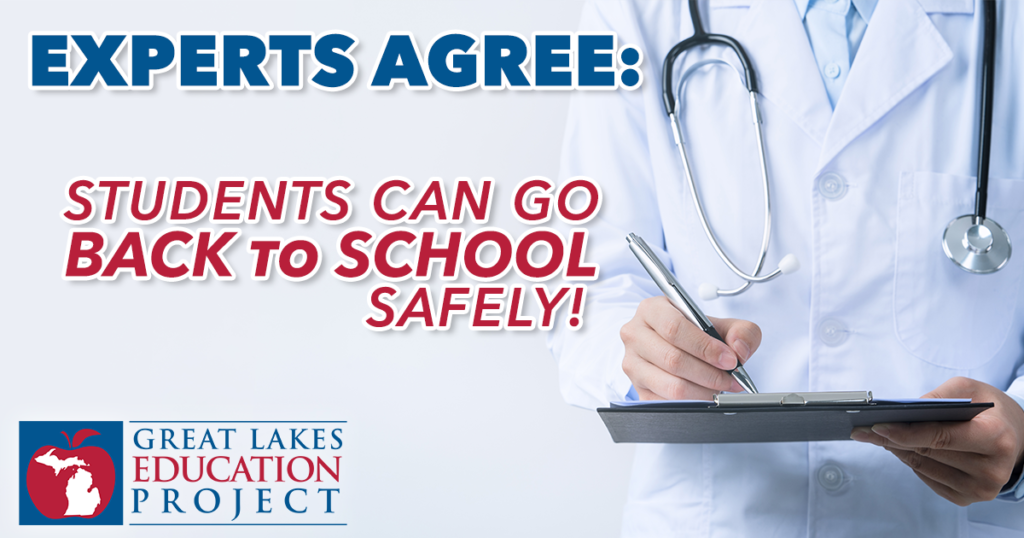 For months, bureaucrats in Lansing and in districts across the state have refused to plan seriously for a return to learning this fall, while Michigan kids fall further behind after months of missed education this spring.

Last week, state Superintendent Michael Rice took things a disastrous step further. Not only did he refuse to offer parents a clear path forward for the upcoming school year, he told lawmakers in Lansing they should “freeze” kids in schools that can’t or refuse to teach them this year so parents are unable to move them into schools or towards learning options that take students’ needs more seriously.
The science on this one is clear. Doctors, scientists and the CDC are strongly recommending kids go back to school for in-person learning this September.
The education bureaucrats in Lansing aren’t actually interested in science, though. They’re more interested in meeting the demands from the powerful teachers’ unions. Rice made it clear last week they’re willing to throw away another year of Michigan kids’ education to do it, too.

Governor Whitmer, Superintendent Rice and bureaucrats in Lansing have made it clear – they’re more interested in scoring political points with teachers’ unions than in educating Michigan kids this fall.

Now Rice is asking policymakers to “freeze” kids in schools even if they refuse to open.
We’re fighting back, but we need your help.
Your contribution of $5, $10, or even $50 could make a real difference for our kids this fall. Giving is easy. Just click here.