Michigan lags in a path forward for schools 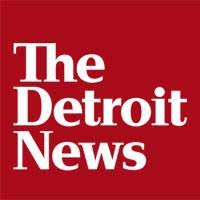 This column originally appeared in the Detroit News.

School buildings have been closed for more than two months, and districts statewide have submitted “continuity of learning plans” for the remainder of the 2019-20 school year, but Gov. Gretchen Whitmer and the Michigan Department of Education have yet to provide any public direction for the upcoming school year.

For a state that was among the first in the nation to close schools, and with our students’ futures on the line, that’s both unbelievable and unacceptable.

Reviewing the continuity of learning plans makes it clear that Michigan is full on one hand of incredible, dedicated and talented teachers, and on the other of a Department of Education and a governor determined to let kids and teachers down.

Whitmer and the department still haven’t offered word one on a plan to get teachers and students safely back to classrooms, to discuss remediation for students who the bureaucracies leave behind, or to address parent and teacher concerns.

Whitmer initially closed schools on March 16, and later expanded her lockdown orders to cancel the remainder of the school year.

A cascade of other states followed Whitmer’s lead — by the end of April nearly every state in the nation had closed schools for the remainder of the school year.

Tragically for Michigan’s kids, that’s where the governor’s national leadership on schools ended — with an order that locked kids out of the classroom.  In the weeks and months that followed, state after state has laid out plans and begun taking meaningful steps to address learning gaps and prepare for the upcoming school year.

In Ohio, the state education department has already outlined guidelines to restart schools in the fall, including temperature checks and masks.

In Indiana and Kentucky, robust distance learning and snow day laws are set to be employed to meet the needs of kids should a return to buildings be untenable.

Pennsylvania has announced plans to reopen buildings in the fall.

What’s Michigan done while other states buckled down to support teachers and students?  Well, the governor has asked people to study the issue.

In early March, Whitmer formed the COVID-19 Task Force on Education to study how schools could respond to the health crisis.

Three weeks ago, GLEP called on the governor to get serious about Michigan students’ educations, and to show parents the plan she, her Task Force, and the Michigan Department of Education had spent months, presumably, putting together.

Turns out they hadn’t put anything together at all.

She responded a week later by announcing a new executive order to create what she calls a “Return to Learning Advisory Council,” another committee to advise the other committee.

This second committee is still weeks from even starting its work. Whitmer explained the new council would accept applications for an additional two weeks. Then at some later date its roster would be finalized. Then it would buckle down.

In June, the Return to Learning Advisory Council will advise the COVID-19 Task Force on Education, which will then study those recommendations to ensure they work in conjunction with the MI Safe Start Plan, and then finally offer advice to the governor and the Michigan Department of Education, who at some undetermined later date might examine their recommendations and formulate a plan. Maybe.

So might soon be Michigan’s students. Not because of the thousands of caring, talented teachers adapting and leading in crisis. Not because of a virus. Because of institutional procrastination and a lack of leadership in Lansing.

The governor’s assignment is past due. It’s our kids who are likely to pay the price.